One of our remediation analysts Eli Trevino recently discovered a phishing page informing victims about fake Netflix service disruptions, supposedly due to problems with the victim’s payment method. 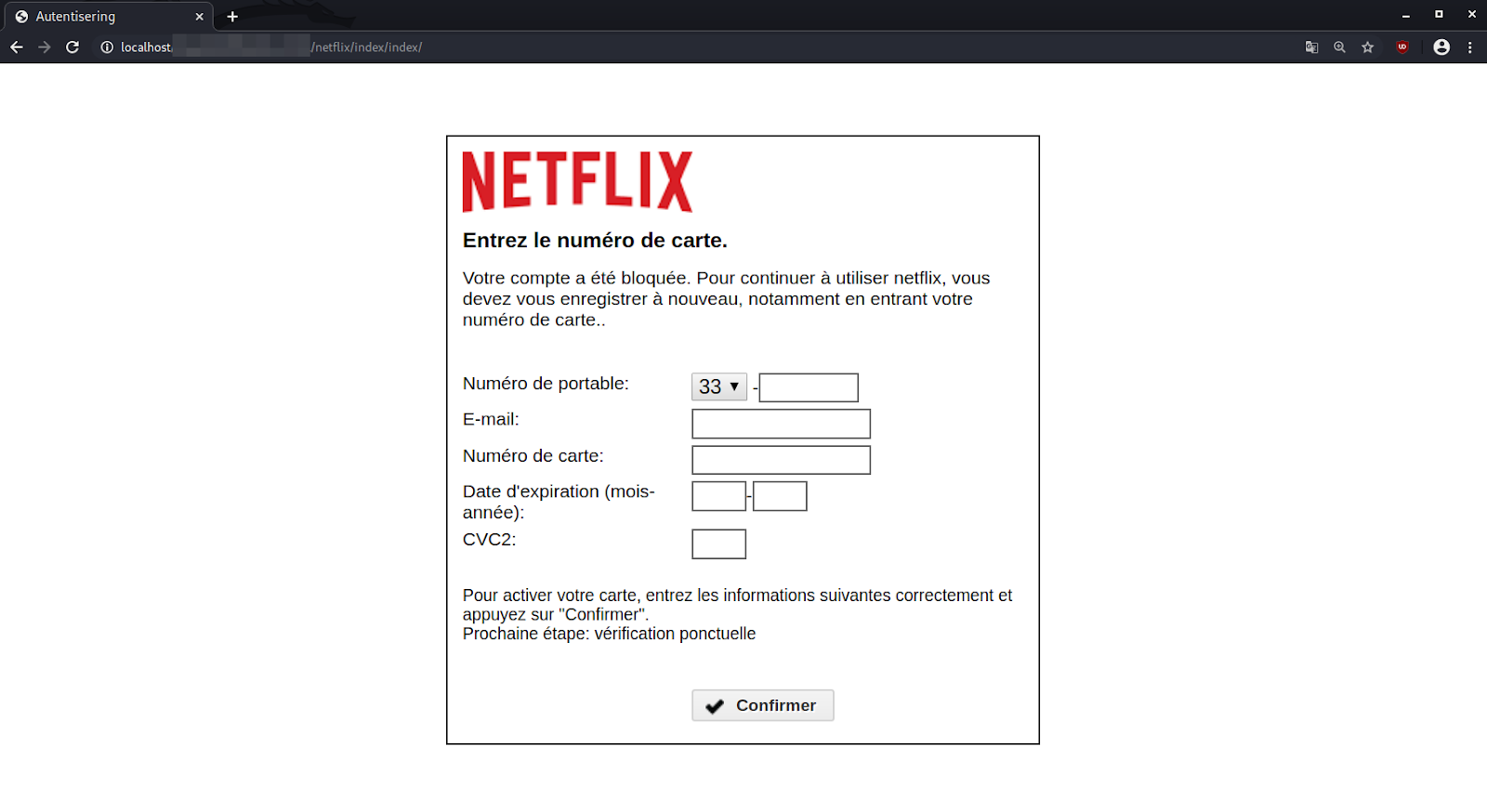 What’s interesting about this phishing page is that it selectively targets victims within a specific geographic region: France. The attackers use French for the page content, and the country calling code is default set to 33 which is designated for calls made to France.

The latest iteration, 3-D Secure 2.0, now requires the use of a dynamic SMS OTP (one-time password) which is sent to the card owner’s registered mobile number. This SMS OTP used by banks for authenticating online purchases is also referred to as a mobile transaction authentication number (mTAN).

3-D Secure 2.0 uses a SMS OTP so that users don’t need to remember or store passcodes as they previously did with the static PIN. Instead, they just need to access their mobile SIM card to receive the OTP via SMS.

This SMS OTP feature forces thieves to find a way to acquire or bypass the OTP passcode, so they can fraudulently use the stolen payment card data. To accomplish this, the attackers have included a second step in their phishing campaign which prompts the victim to submit their SMS OTP passcode. 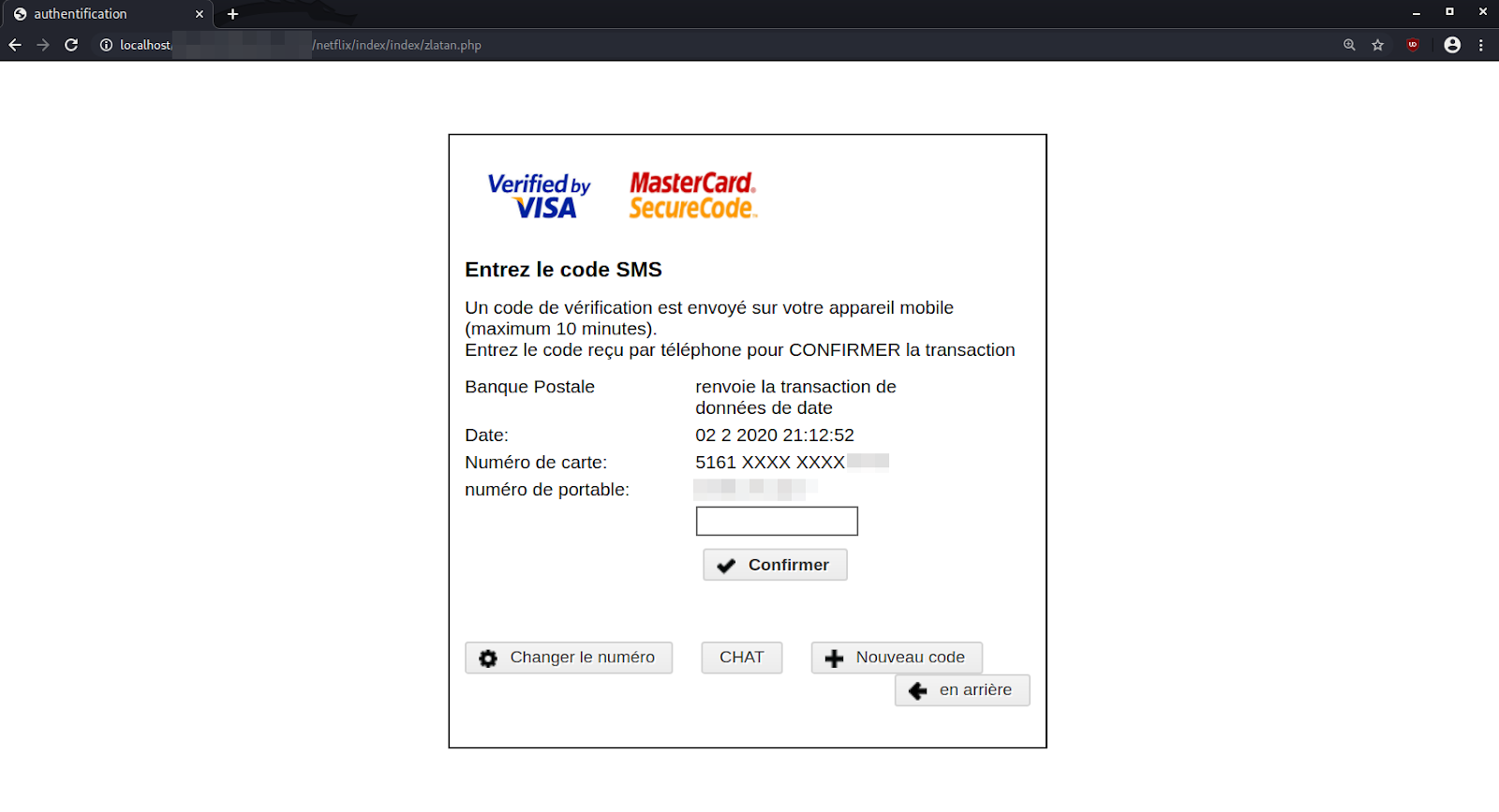 Once a victim has submitted all of their information and authenticated the OTP, the payment data is sent to an email address controlled by the attacker. It is also logged to a specified .txt file on the compromised website hosting the phishing page. Victims are simply redirected to the homepage of Netflix after they press the Confirmer button on the final step.

Problems with Specific ACS Implementations of OTP over SMS

I was initially confused ― I didn’t understand how the attackers were planning on using the stolen OTP and payment card data. I thought the generated SMS with the OTP would be limited to the single transaction and merchant making the request to the 3DS Access Control Server.

Then, I came across this post that was able to confirm that the SMS OTP process is not necessarily standardized across 3DS ACS providers. Moreover, the post referenced a serious issue that could be abused by attackers for specific 3DS ACS providers with these characteristics:

These features allow for an OTP replay attack to be performed by the attacker. A typical scenario might follow steps along these lines:

The main problem here is that the SMS OTP is not being uniquely generated for each transaction. Instead, it is generated from the payment card’s number, allowing this window where the stolen payment card data can be reused at another merchant defined by the attacker.

Website owners can detect phishing pages and other malware with a file monitoring service, like our server side scanner, which regularly detects changes made to your website files.