Update March 7: The WordPress Directory team investigated and mitigated this issue by disconnecting the wooranker account from all plugins, reverting malicious changes in the CCTM plugin, and changing the version to 0.9.8.9. WordPress should automatically update to this new clean version.

If your site was compromised during the timeframe while the backdoored version (0.9.8.8) was installed, updating to 0.9.8.9 is not enough to clean the site – Please check the Mitigation section at the end of this blogpost.

Last summer we shared a story about the SweetCaptcha WordPress plugin injecting ads and causing malvertising problems for websites that leveraged the plugin. When this plugin was removed from the official WordPress Plugin directory, the authors revived another WordPress account with a long abandoned plugin and uploaded SweetCaptcha as a “new version” of that plugin.

In the end of the SweetCaptcha saga, we gave this warning:

It’s quite a common scenario when criminals try to hijack or buy developer accounts of legitimate applications, or pay their developers to add some malicious code into their software, so some benign plugin or application may turn bad after an update — the only thing that protects you is the author reputation and the security screening and approval process in the repository.

This time we’ll tell you of another plugin that turned bad after an update.

Custom Content Type Manager (CCTM) is a relatively popular plugin with three years of development, 10,000+ active installs, and a satisfaction rating of 4.8. It helps create custom post types. Website owners find the classical “blog format” too restrictive, use the plugin to add custom elements to their posts. So far so good.

This week we cleaned one infected site and found a very suspicious auto-update.php file inside wp-content/plugins/custom-content-type-manager/.

It’s a backdoor that can download files from hxxp://wordpresscore .com/plugins/cctm/update/ (the domain name is definitely very suspicious) and save them with the .php extension in the plugin directory.

It looked like a typical backdoor that could be uploaded anywhere on a compromised server, not just in this particular plugin. We decided to check the original plugin package and, to our surprise, found the file in the source!  We also discovered that we were not the only ones that found this file (although people on the forum seemed to believe that the file was just “vulnerable”). This really was worth investigating.

Every WordPress plugin that you find in the official Plugin Directory is being updated via the subversion repository. With help from the Trac issue tracking system, anyone can use this repository to find a lot of interesting information about who, when, and what changed in any version of any plugin. For example, these are the recent changes in the Custom Content Type Manager plugin:

One of the recent changes added the auto-update.php file on Feb 18th, 2016. In this update, “wooranker” made a change and added the following message: “small tweeks by new owner” (original grammar preserved).

It appears the plugin has changed owners! Indeed, in the above screenshot, you can see that two weeks ago the plugin was still being updated by “fireproofsocks“. One of their last changes is described as “Adding wooranker to the readme.”  After that only wooranker updated the plugin.

Was it a legitimate change by the owner? Maybe. All we know is that the plugin hadn’t been updated before that for ten months. Perhaps its developer lost interest in it and accepted an offer from wooranker. On the other hand, taking into account the malicious plugin update and the fact that fireproofsocks was inactive for nearly a year, we can suspect that wooranker could have hacked into the fireproofsocks account and added themselves as a new owner.

Additionally, on Feb 5th, 2016, wooranker was also added as an owner to the Postie plugin. There had been many legitimate changes to the Postie plugin since then. All committed by its original author – WayneAllen. So, in this case the new owner was added with the original author’s consent. Puzzling, isn’t it? I have a theory about this. Before I share it with you, let’s return to the malicious CCTM plugin update and see how wooranker used it to hack sites.

Trac also shows this interesting plugin update (Feb 19th, the latest change). It added the /includes/CCTM_Communicator.php file and inserted this new code into the plugin’s index.php.

This code sends information about the site and the user to the wooranker’s server (wordpresscore .com) every time someone logs into the WordPress website. Although the user data doesn’t contain the user password in plain text, it’s good enough to compile a list of sites with the installed backdoored CCTM plugin. Similar information is also sent when the plugin is activated.

Using access logs on the compromised site, we were able to reconstruct the whole attack.

The address of the site was apparently obtained via the new CCTM_Communicator feature.

Probably the attacker tried to use the stolen admin username along with some common passwords. Those attempts were futile, because that site used a plugin that changed the login URL.

After that, wooranker used wp-options.php to “patch” three core WordPress files and create a new admin user with name “support” and the email address: “support@wordpresscore .com”

While CCTM_Communicator does steal user information, it lacks the user passwords. To work around this, wp-options.php “patches” three core files that work with user passwords in plain text:

And in case of no user activity, this script also creates an extra admin user “support/ support@wordpresscore .com“.

The new features of the version 0.9.8.8 of the Custom Content Type Manager plugin are:

No other new features/bug fixed were identified, so it’s hard to tell how it passed a review in the Plugin Directory.

There was one more minor change. The first thing wooranker changed after obtaining ownership of the plugin was adding some donutjs into includes/CCTM.php.

Looks like just another JavaScript library, right? Many plugins do it. However there’s something suspicious about it:

Have you ever heard of DonutJS? There are very few results when you Google it. The most meaningful is this three-year-old Github project of a virtually unknown (2 watchers and no contributors) JS library that builds donut charts. A [“donutjs.com”] search returns even less results (34 for me), mostly from online services that provide information on any requested domains (rankings, keywords, WHOIS). By the way – the domain was registered just 6 months ago.

The donutjs .com itself looks like it really provides some JavaScript library:

But if you read it carefully, you’ll notice that it’s fake.

Funny, isn’t it? It should be, because donutjs .com is actually a slightly modified copy of the Eric Wastl‘s parody site vanilla-js.com where he compares vanilla JavaScript to popular frameworks.

Tracking Instead of jQuery

Okay, now we know that donutjs .com doesn’t have anything to do with any real JS libraries. So why did wooranker include the donutjs .com/jquery.js script? It’s definitely not jQuery. Here’s what this URL returns:

It’s another tracking script that reports referrers to hxxps://donutjs .com/jquery-js.php.

Why would someone want those referrers? The answer is they are useful to someone who injects this script into vulnerable sites — the referrers will provide them with addresses of the sites they can hack.

So basically the donutjs script is a backup for the spying module in CCTM_Communicator that only works when someone logs into WordPress or activates the plugin.

If the above is true, then wooranker should control donutjs. com. Well it seems to be the case. How do I know? Unlike other hackers, this guy doesn’t put much (if any) effort into hiding his identity.

wp-options.php script contains references to “trimtoroot .com” that used to be a command & control server before wordpresscore .com.

As you can see, all these domains are registered by some Vishnudath from Andhra Pradesh in India.

A bit more Googling and we find a profile of a freelance designer “Vishnudath M” from India with nickwooranker – bingo!

Freelancer Comes to the Dark Side

So we know that wooranker is an Indian graphics designer with pretty good technical knowledge who has his own VPS (droplets) on the Digital Ocean network. What else can we say about him?

He definitely knows how WordPress works. Some of the code in the malicious plugin update looks pretty smart and makes creative use of WordPress API.

He also probably works as a freelance WordPress developer and this may explain why the author of the second plugin, Postie, added wooranker as a plugin owner (I promised to shared my thoughts about it).

He most likely supports and maintains some WordPress sites. In the wp-options.php attack shell that he uploaded after infection, I found some features that don’t have anything to do with malicious activity.

For example, there is an option to install these three popular security plugins:

It can also backup files and even update WordPress.

Most likely it was initially created as a tool to maintain WordPress sites, update them, clean hacks, and protect them.

Maybe he was making his living by bidding for such jobs on various freelance marketplace sites. Not the most profitable work. As he learned more and saw more infected and vulnerable websites, he probably wondered if there were more chances to make money on the other side…
The wordpresscore .com domain was registered back in November with clearly malicious intent.

And then, when the Postie plugin owner added him as an author, he learned about how the Plugin Directory worked and spotted its weaknesses. With a little luck, he managed to guess credentials of a seemingly abandoned plugin account, added his own wooranker account to it, and published the backdoored new version of the plugin which finished the transformation to the dark side. 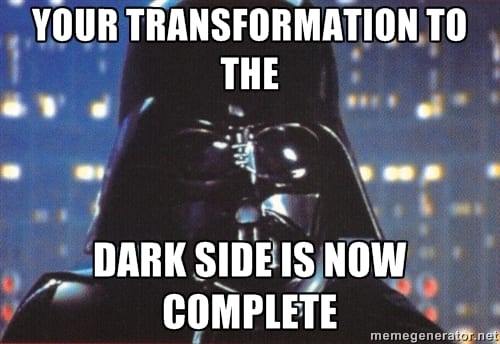 Of course, all this is nothing more than my speculations about the wooranker story. After all, this Vishnudath can be just a red herring that hides the identity of the real hacker.

At this point it’s not clear what he wants to do with all of the hacked sites. But the beginning doesn’t leave hope that it will be something benign. Stemming from the wooranker username, I guess it may have something to do with black hat SEO.

Who can we trust?

This story raises some important questions:

If you are one of the unlucky site owners who upgraded the Custom Content Type Manager plugin to version 0.9.8.8 or installed it recently, here are the steps you should do (order matters):

As our real-world case shows, plugins that change WordPress login URLs not only save you from brute force attacks, but also help in cases when hackers steal admin credentials or manage to create fake admins. Restricting access to the admin area is also a good idea.

And finally, make sure your site is being monitored for security issues.

The new WordPress Security Guide has now been released and in it you can learn about vulnerabilities and best practices to keep your website protected and secured.